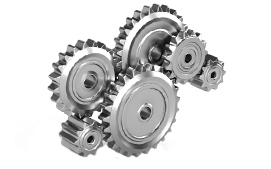 Sexual harassment at the workplace has been forbidden in Costa Rica for many years, and particularly since 1995, with the enactment of Law 7476 (Law Against Sexual Harassment in Employment and in Teaching). The target of such law is “to prohibit and to penalize sexual harassment as a discriminatory practice by reason of gender against the dignity of women and men, in labor relationships and in teaching activities ”. Based on this law, any discriminatory actions based on gender, as well as any of sexual content and/or intended to obtain sexual favors from, or to sexually harass, someone, may be considered as sexual harassment and may even cause immediate termination of the labor relationship.

Furthermore, if certain sexual harassment actions should include sexual abuse such as molestation and/or rape, the individual incurring in such acts may also be criminally liable and, in some cases, the employer may be also found civilly liable for the damages caused to the victim.

Nonetheless, possibly based on cultural elements, application of this Law was very limited and not many cases were denounced, leaving the victim unprotected. Also, in many cases, complaints were filed based on false grounds and people lost their jobs because a due process was not followed.

To address this situation, the Costa Rican Congress (Asamblea Legislativa) enacted Law 8805 in 2010. This Law amended and completed Law 7476 providing workers with what is believed to be a more effective protection system against Sexual Harassment.

To be in compliance with Laws 7476 and 8805, companies are now forced to implement certain internal structures, such as a the creation of a Committee Against Sexual Harassment, which should work as an internal entity in charge of receiving sexual harassment complaints, conducting the investigation and enacting a due process. This Committee has been legally enabled to implement preventive measures during the due process to avoid the victim or the witnesses being intimidated and/or to avoid further harassment.

According with the changes introduced by Law 8805, the internal investigation should not last longer than 3 months, time during which the statute of limitations for penalizing the employee remains suspended. During the due process, the defendant is given the chance to defend himself or herself and at the end the Committee must issue a list of recommendations for the employer, who must then decide which recommendations are followed or implemented and how the employee should be penalized in case the sexual harassment was proven.

Likewise, all companies are now being forced to report to the Ministry of Labor as soon as a complaint for sexual harassment is received.

All of these changes are forcing companies to amend or update their policies as well as to train at least part of their personnel, not only to avoid sexual harassment cases, but also to be able to have people with knowledge on this matter and who can be appointed as members of the above mentioned Committee. In our opinion, although these changes and trainings will imply an extra cost for the companies, on the long run, they should provide positive results in terms of reducing the chances of facing sexual harassment cases.

Notwithstanding the above, we have already detected that implementing everything that Law 8805 mandates becomes difficult, especially for companies in which the necessary changes have not been implemented or for small companies, in which there may not be enough people to integrate the Committee or when the harasser is one of the top executives or a member of the Committee. For these cases, Law 8805 provides the alternative of filing a lawsuit before the Costa Rican ordinary labor Courts; however, these Courts usually take long to resolve and the exposure may not be desirable for the company, obligating the employer to settle with the harasser and the victim in order to avoid future complaints.

As you may see, sexual harassment at the workplace in Costa Rica is becoming more and more an issue that requires attention and updating internal structures and procedures. Employers as well as employees, when facing this type of issues must seek the proper assessment and counselling to make sure there is full compliance with the Law.